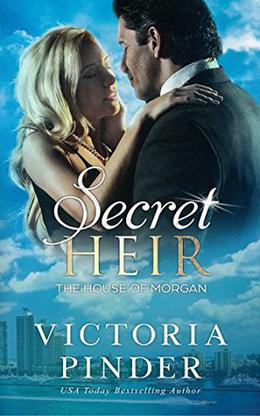 Tess Taylor already lost everything once. The last thing she needs is another failure. Long days of scooping ice cream for a living are long behind her. If she can prove successful in Mergers and Acquisitions, she’ll never have to worry about money again. But no amount of hard work has prepared her for Mitch Morgan. He’s the kind of distraction she doesn’t need and the banker she’s supposed to destroy.

Mitch Morgan III may bear his father’s good looks and his name, but he certainly didn’t inherit his father’s trust. Born the child of a torrid affair, nothing was handed to him and no one wants him to succeed. When the rep from Morgan Enterprises storms through his door, he knows he’s in for a challenge, but nothing in life prepared him for how hard he falls for Tess.
They were supposed to be bitter enemies. Love wasn’t part of the deal. Now, they’re forced to make a decision neither could have imagined.

Will Tess choose job security over love? Is Mitch willing to abandon his vendetta in favor of love everlasting?
more
Amazon Other stores
Bookmark  Rate:

The 'House of Morgan' series

All books by Victoria Pinder  ❯