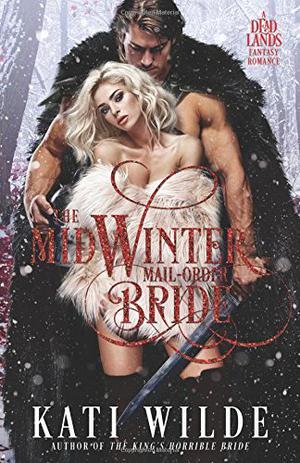 Some might call Princess Anja of Ivermere brave for offering herself up as a bride to Kael the Conqueror, a barbarian warlord who’d won his crown by the bloodied edge of his sword. It was not courage that drove Anja from her magic-wielding family’s enchanted palace, however, but a desperate attempt to secure a kingdom of her own—even if she has to kill the Conqueror to do it. She expects pain beneath his brutal touch as she awaits her chance. She expects death if he discovers the truth of her intentions.

She didn’t expect Kael to reject her and send her back to Ivermere.

Raised in the ashes of the Dead Lands, Kael fears nothing—certainly not the beautiful sorceress who arrives at his mountain stronghold. But no matter how painful his need for her, Kael has no use for a bride who would only tolerate his kiss. Yet the more of Anja’s secrets he uncovers during their journey to return her home, the more determined he becomes to win the princess’s wary heart.

And Kael the Conqueror has never been defeated…

Don’t miss all of the titles in the Mail-Order Brides series by Alexa Riley, Ruby Dixon, and Ella Goode!
more
Bookmark Rate Book
Amazon Other stores

The 'The Dead Lands' series

Buy 'The Midwinter Mail-Order Bride' from the following stores: