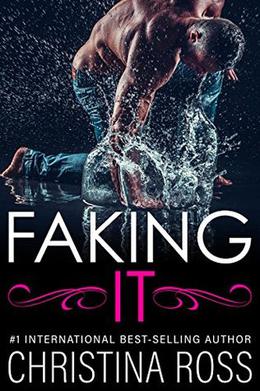 A sizzling new actress on the rise. A mega-hot action star’s career in free fall.

Jackson Cruise is super hot, super successful, and his movies have made billions at the box office.  But when the paparazzi photograph him kissing another man, Jackson’s true sexuality quickly comes into question in ways that might destroy his career.

Enter emerging actress Sienna Jones, who is offered millions to become Jackson’s new girlfriend.  Sienna decides to take the job and fake it, and before long, her star starts to rise as her and Jackson’s fake relationship begins to trend on Twitter.

All while the actor’s hunky security guard, Austin Black, looks on at Sienna in lust.

As Sienna and Austin become friends—and then a whole lot more after one steamy night of passion—the question is simple:  How long can Sienna continue to fake it when she realizes that she’s falling in love.

'Faking It' is tagged as:

Similar books to 'Faking It'

Buy 'Faking It' from the following stores: