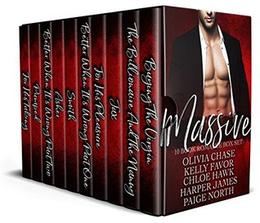 Buying The Virgin (The Virgin Auctions, Book One)

That’s what I’ll be, my virginity bought by notorious billionaire Travis Star.

I’ve only seen pictures of him on gossip sites and in business magazines, but in the flesh he’s tall and broad-shouldered, with a penetrating stare.

Hard muscles under his impeccable jacket, shirt, tie, and trousers. Dark green eyes, as cool as emeralds. Tan skin that he probably got from the exotic trips to his private island in the Bahamas. Thick, short, dark hair, and a dusting of rough scruff around lips that I can’t look away from.

He never smiles. His expression is always stoic, never giving anything away.

Even so, I can’t help the throbbing between my legs every time I think about what he has paid so dearly to do to me.

But his heart is cold.

The kind of demons that would drive a man to want to buy a woman.

He’s devastatingly gorgeous. Dark hair. Ripped body. Piercing blue eyes that contrast perfectly with his dark complexion. A smoldering gaze that makes everyone around him fall in love.

My friends used to joke that if Cole looked at you, you’d have your panties off by the end of the night. And it was true. He’d slept with most of my friends, and any other hot girl he happened to want.

It had been infuriating when we were younger, watching him sneak girls into his room at night, hearing them moaning and screaming his name as he got them off. He’d had things handed to him because he was beautiful and smart and good at sports.

I hated him because he was everything I wasn’t. He was outgoing, I was shy. He was smart, I made mediocre grades. He was special, I wasn’t. But the biggest reason I hated him was because he left us. He left me.

Five years ago, he’d up and moved out, packing up his things in the middle of the night and taking the bus to New York City with three of his friends. They’d created a messaging app that had taken off, and now he was a billionaire.

I haven’t heard from him in years.

Just when my dysfunctional mother decides to kick me out of the house.

I have nowhere to go, so Cole agrees to let me stay with him in his penthouse apartment in New York City.

Under one condition – that I follow his rules, whatever they are, no questions asked.

I know that what he wants from me is wrong.

He wants me to strip.

To put his lips and mouth all over my body.

But I love the way he talks to me, love how demanding he is. The tone of his voice, the look in his eyes, the way he assumes he’s going to end up getting whatever he wants– all of it swirls together into an ache that permeates my whole body.

I try to resist him, but it’s impossible.
more
Amazon Other stores
Bookmark  Rate: