Bram: A Highlander Romance (The Ghosts of Culloden Moor #35) 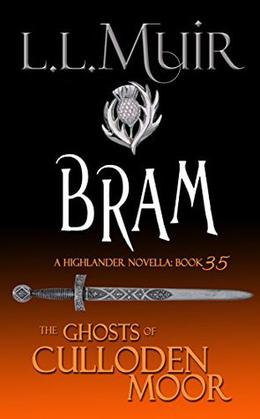 "Chain mail? Are you kidding me?"
Bram knows how the world works. He's been watching it evolve for the past three hundred years. But instead of the sports car and bank account he thought he was requesting, he's handed the responsibility for an entire clan. The chain mail might prove handy, however, when the survival of the place requires him shutting down a medieval equivalent of the NFL. It's a big job that needs doing in a mere two days, but he thinks he's got a chance...if a certain American woman stays the hell out of his way.


Sophie Pennel has sold her young business for millions, and in her hurry to flee from those who are after her money, she falls for a foreign con job instead. And soon she finds herself in the middle of the Scottish Highlands with no bathroom, a town full of delusional cosplayers, and the handsome guy she hopes will get her back to civilization turns out to be King of Delusions himself.


If she ever gets out of there, she's never going to be a hundred feet from a bathroom again!
*BRAM is #35 in the series. If you are new to the ghosts, first read the short set up, THE GATHERING, to avoid confusion. And join our hunky Highlanders on their Facebook page: Ghosts of Culloden Moor.
more
Amazon Other stores
Bookmark  Rate:

'Bram: A Highlander Romance' is tagged as:

The 'The Ghosts of Culloden Moor' series

Buy 'Bram: A Highlander Romance' from the following stores: