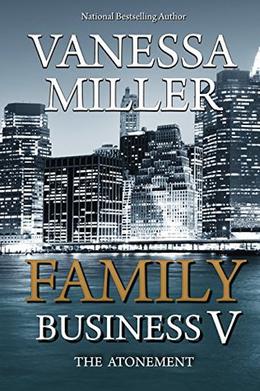 This is the fifth book in the Family Business Series.

The family has come a long way, Demetrius Shepherd has finally stepped out of his father, Don Shepherd's shadow and is now living for the Lord with his wife and son, Dam. But Don Shepherd has been no angel and with his last days in front of him, he begins to realize that he has a lot to atone.

By all accounts, God was showing up and showing out in Dam Shepherd's life. He had just graduated from college, was about to begin his ministry and had met the woman he planned to marry... then his grandfather became deathly ill and one of his brothers overdosed. Dam was left wondering if he had forsaken his family while pursuing his God given ministry. Had he missed God?
more
Amazon Other stores
Bookmark Rate Book

Buy 'Family Business V: The Atonement' from the following stores: