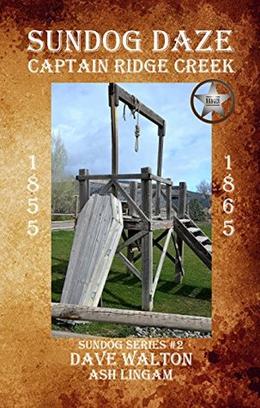 "Hang-em high boys. Make sure there is a six-foot drop so the outlaw dies clean from a snap of the neck," said old Judge Roy Bean, the old man they called the Hanging Judge. Captain Ridge Creek of the Texas Rangers stood by as the hangman focused on the task at hand. The outlaw that Ridge brought to justice on the trail to Laredo for his appointment at dawn with the noose and his creator. As eighteen sixty approached the lawlessness on the Texan border with Mexico was still rampant. Violent raids from banditos, outlaws, Comanche and Mexican gun hands hired by south of the border ranchers. It was an onerous task and the responsibility of the small band of Texas Rangers. Especially the Ranger the Comanche called 'With Dead Eyes'. The man who instilled fear in the outlaws and Plains Indians alike. This western is of Ridge Creek’s younger years.
more
Amazon Other stores
Bookmark  Rate:

'Sundog Daze: Captain Creek's Early Years on the Western Trail' is tagged as:

All books by Ash Lingam  ❯