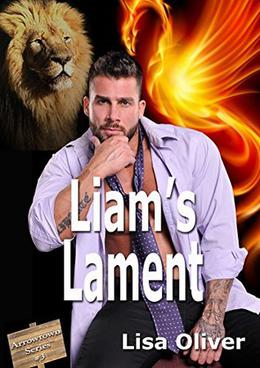 As far as Liam Lamont's concerned, life sucks. His mate disappeared without a backward glance, he spends most of his time drunk and he has the worst case of blue balls in existence. Fighting his lion form is tiring and if it wasn't for his brother Lucien, and the rest of the pack at Ra's, he'd probably run off into the wilderness and never be seen again.

But even if life had thrown Liam a massive curve ball, the Fates hadn't forgotten him. One night a mysterious stranger offers to buy Liam a drink and Liam starts to feel a glimmer of hope. But Theo, the mate who walked away, is still lurking in Liam's heart and when faced with a second mate, Liam had no choice but to tell his new mate about Theo and give him a choice.

Beau Ferris had been told his whole life he would have two mates. All his kind did. His father warned him never to go after one until his pair already claimed each other. But when Beau's animal spirit warns him of Liam's despair and Theo's anger, he couldn't stay away. When he meets Liam he's given a shocking choice - Liam or Theo - he can't have both.

Stubborn shifters, a gorgeous fae toddler with magic flowing from her fingertips, demons, wolves, and even a visit from the Fates; Beau and Liam have to fight through fire before they get their third and the HEA they both dreamed of. But will it be enough.

Liam's Lament is the third book in the Arrowtown series. Reading the previous book in the series is advised to understand the context of this story.

This is a true mates M/M/M story with MPREG.

'Liam's Lament' is tagged as: