Witches in the Weeds (Elemental Covens #1) 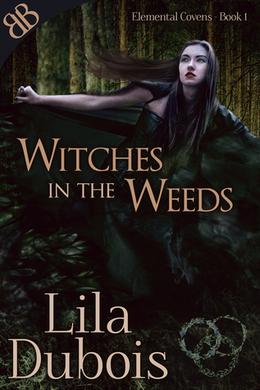 t was a simple plan. Stop the curse, save her family. Well maybe simple wasn't the right word...

As the eldest daughter of the Mahkah coven, it's Nimue Mahkah's responsibility to protect and provide for her family. When her family's crops start to wither and die she knows she has to save them at any cost. Losing the crops will mean losing not only her family's livelihood, but also the cauldron of magic she's amassed deep in the earth. The magic she needs to break the curse.

Unable to stop the blight with her own earth-based magic, Nimue sets out on a bold plan – she is going to kidnap Harris Barclay. Knowing his ability to speak with and cure living things, he may be her only hope.

The kidnapping goes off as planned, but Harris is ridiculously handsome and more magically powerful than rumored, neither of which she counted on, especially since she can't use her own magic around him without risking a disaster worse than the blight. Left with only her powers of persuasion, and a few threats, she finally convinces Harris to help her plants.

And then the the muscle, shows up…

Hired by the baron of Harris' coven to find him, Trajan Dixon, an air mage and trained security operative, locates Harris and Nimue and arrives on the scene at the exact wrong moment. In the fight that ensures all three use their magic at once, something that is strictly forbidden by all the cabals.

And now they know why!

One magical cave, a giant talking owl and a wayward love spell later, the three find themselves on the run together, trying to figure out what happened, and fighting a forbidden attraction for one another.

*Contains adult language and situations, and is not intended for readers under the age of 18.
more
Amazon Other stores
Bookmark  Rate:

'Witches in the Weeds' is tagged as:

Similar books to 'Witches in the Weeds'

Buy 'Witches in the Weeds' from the following stores: