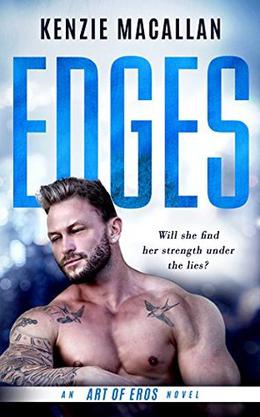 Leigha Luccenzo is a strong, confident woman who has her life perfectly under control. But her nightmares have returned after a long absence. They are kept hidden from everyone. She comes home to find her apartment in shambles, the possible doing of her ex-lover Sydney. Layers of lies start to peel away. Her world begins to shift and unravel.

Dean is a hard edge man who has an appetite for beautiful women, fast bikes, and shattered souls. His secrets bind him, keeping him from any real relationship. They latch onto him from his past like locked chains. He sees behind Leigha’s armor. Convincing her he can help becomes his mission. He hopes she’s strong enough to handle what lies beneath, unlocking his guilt.

Through events out of her control, Leigha’s forced to face her demons.

As other people’s secrets get entangled in her own, she struggles to get to the meaning of her nightmare. Can Dean help her uncover her truth?
more
Amazon Other stores
Bookmark  Rate:

'Edges' is tagged as:

The 'Art of Eros' series

All books by Kenzie Macallan  ❯

Buy 'Edges' from the following stores: