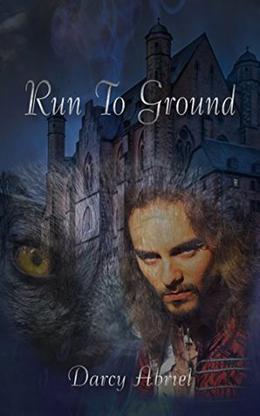 Tallin Undine was once human, but is now a wuv-beast, a creature of the Zhalazti clan, ruled by the moon, and made through moon-madness and savagery. With his human family slaughtered, Tallin continually struggles to hold on to some bit of his humanity. After being scarred by a former lover, Tallin has clawed his way to some measure of standing. But now, his clan chief has been killed, and the security of his adoptive nation is at risk. His mission is to bring back the man who must battle to claim his position as rightful chief. Yet there’s one problem—Emmanuel Grimshaw is the very man Tallin does not want to see again, who savagely mated him so long ago, then left him to pick up the pieces of his life.

When he was too young to fully control his inner-beast, Emmanuel Grimshaw claimed—and maimed—a man he loved. After fleeing his clan, he’d gone in search of his humanity, and a way to tame the wuv within. But when Tallin unexpectedly arrives, any peace Emmanuel thought he’d found with a human companion vanishes. And it isn’t long before Emmanuel’s inner-beast rises and he reclaims Tallin, binding him once again.

Now, Emmanuel will do his duty, but not without Tallin at his side. A battle for survival and love is about to begin. Who will triumph?

This story was originally released in September, 2012, by Amber Quill Press/Amber Allure


CAUTION: This story contains explicit sexual situations and strong language. You must be over the age of 18 years of age to read this story.
more
Amazon Other stores
Bookmark  Rate:

'Run To Ground' is tagged as:

Similar books to 'Run To Ground'

Buy 'Run To Ground' from the following stores: