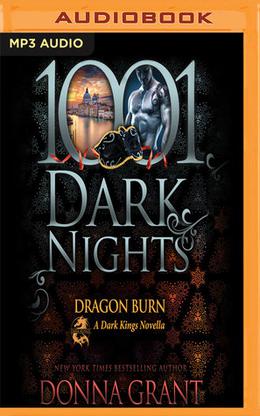 In this scorching Dark Kings novella, New York Times best-selling author Donna Grant brings together a determined Dragon King used to getting what he wants and an Ice Queen who thaws for no one.

A promise made eons ago sends Sebastian to Italy on the hunt to find an enemy. His quarry proves difficult to locate, but there is someone who can point him in the right direction - a woman as frigid as the north. Using every seductive skill he's acquired over his immortal life, his seduction begins. Until he discovers that the passion he stirs within her makes him burn for more....

Gianna Santini has one love in her life - work. A disastrous failed marriage was evidence enough to realize she was better off on her own. That is until a handsome Scot strolled into her life and literally swept her off her feet. She is unprepared for the blazing passion between them or the truth he exposes. But as her world begins to unravel, she realizes the only one she can depend on is the very one destroying everything - a Dragon King.
more
Amazon Other stores
Bookmark  Rate:

'Dragon Burn: A Dark Kings Novella' is tagged as:

All books by Donna Grant  ❯