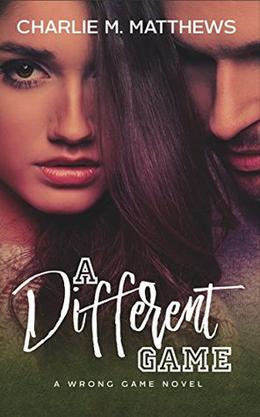 You know that saying: One man's trash is another man's treasure.

I found out that it was true. At least, that's what I'd thought a year earlier when a few stolen moments with this one, unexpected girl, turned my heart to mush.
I thought she was different.
I thought she was special.
But it turned out I was wrong.
I was the kind of guy who learned from his mistakes quickly, so I moved away, threw myself into my budding football career, and I was determined to make something of myself and focus on my future.
And it worked, despite me missing her.
For a short while, I had everything figured out again.
Then, in one split second, it was all gone, ripped out from beneath my feet.
An injury forced me back home to Winslow to face the world I'd left behind.
But I wasn't the same man when I returned.
I was different now. Too different for everything to go back to the way it was before. –Jake


I wasn't the relationship type. I was the girl who mothers warned their sons about. I was the local piece of trash.
At least, that's what they all thought.
None of them ever really knew me at all. None of them except him.
And then he left me... alone and confused. He forced me to hate him, to hate them all. I wanted to drift away. Leave Winslow far behind me and start afresh someplace else. Someplace new. Somewhere I could become anything and anyone I wanted to be.
But then he came back, dragging with him every moment, every explicit memory I had of us together and dumping them unceremoniously at my feet.
I wanted to keep hating him.
I wanted to resist.
But he was different now.
He'd changed, and all my plans for a happy ever after were shattered the moment he made the decision to return and show me exactly what I'd been missing while he'd been gone.
I was screwed.
more
Amazon Other stores
Bookmark  Rate:

'A Different Game (A Wrong Game Novel)' is tagged as:

Similar books to 'A Different Game (A Wrong Game Novel)'

Buy 'A Different Game (A Wrong Game Novel)' from the following stores: