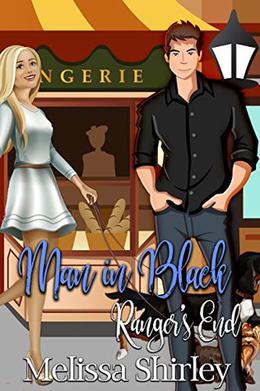 With its coming bachelor auction, a buried treasure, and a cast of townsfolk long on memory and short on patience, Rangers End is a place Jesse Megalos hoped never to see again.

But there's black gold buried deep beneath the town square, and modern day prospector Jesse, is on a mission to bilk the town out of the land rights to it. The only thing standing in his way is Ryhan Connor, a woman so lovely he almost doesn't mind when she car-naps him. As quirky and entrenched in the town as this accidental porn-star is beautiful, Ryhan captivates Jesse almost to the point he is willing to sacrifice his objective if it means he'll win her heart. But when the town turns on their once golden princess, Jesse is forced to choose between saving the woman of his dreams and the town she still loves or taking back the company and all the wealth that once belonged to him.
more
Amazon Other stores
Bookmark  Rate:

'Man in Black' is tagged as:

Similar books to 'Man in Black'

Buy 'Man in Black' from the following stores: