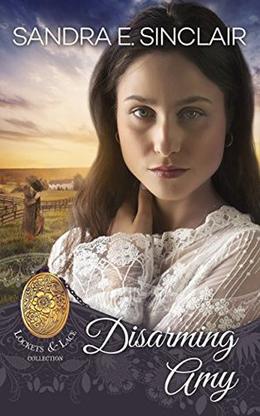 Amy Wheeler has her life mapped out. She’ll marry her fiancé, move east and start her new life in Maine. The secret contained in the belly of a fish will halt those well thought out plans, and change the course of her life.

Eugene Collart-Acus is an obedient son, and sole heir to a growing dynasty. The problem is, the things his father wants for him, are at odds with what he wants. If Eugene wants to live a life governed by his own rules, and go against his controlling father’s wishes, he must strike out and find his own way in life.

Fate throws these two together. Their futures are aligned but sparks fly, antipathy grows, and emotions run high as they are thrust unwillingly into each other’s lives.

Complications mount up. Eugene and Amy fight their attraction for each other amidst the animosity and burning passion raging between them.
more
Amazon Other stores
Bookmark  Rate:

'Disarming Amy' is tagged as: