The Prince's Playbook (The Crown Affair #1) 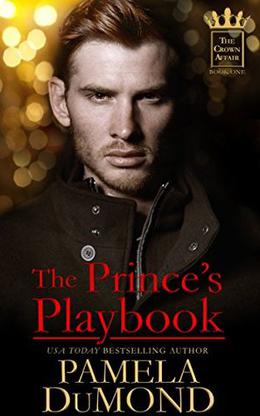 Now she brings you THE PRINCE'S PLAYBOOK the first book in the steamy CROWN AFFAIR series that chronicles the royal romance between a Prince and an American commoner.

I, Maximillian Cristoph Rochartè, was Prince of Bellèno. I couldn’t fall in love with American commoner. Or could I?

I stumbled across Vivian in a biker bar when she had the stones to pour a pitcher of margaritas on a guy who was harassing another waitress. She had legs from here to eternity, the devil's own sense of humor, and the face of an angel. She was everything I ever wanted.

But none of that mattered.

The House of Bellèno's crown jewels were being squeezed. The monarchy had borrowed millions and the loans were coming due. I tried re-negotiating the deals but hit a wall. I'd sell my soul to save my family when an even better idea hit me.

I tracked down a billionaire nobleman who was thrilled to fork over a fortune to marry his daughter, Lady Cici, to a prince. But Lord Angus Fontaine wouldn't settle for me—I was the spare to the throne. He wanted his daughter to marry my brother Leopold, the crown prince—the heir.

Then inspiration struck again. Darling Vivian was a dead ringer for Cici. I hired her to impersonate Lady Cici for a few weeks until she could return to Bellèno to marry my brother. It was messy. It was complicated. I loved it.

Because now weeks had passed, Cici hadn't shown up, and I was falling in love with Vivian. Unfortunately, my brother was too...

The Prince’s Playbook © 2018 by USA Today bestselling author Pamela DuMond is the re-imagined, steamier, explicit version of Part-time Princess © 2014 that was originally written and published by Pamela DuMond in 2014. Additional content has been added to the original story.

'The Prince's Playbook' is tagged as:

The 'The Crown Affair' series

Similar books to 'The Prince's Playbook'

All books by Pamela DuMond  ❯

Buy 'The Prince's Playbook' from the following stores: