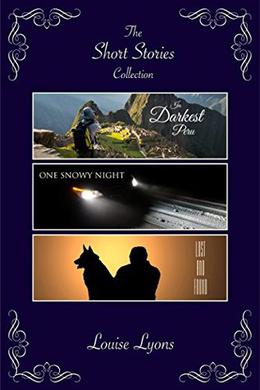 A collection of three short stories.

When shy and geeky Rhys White is ditched by his boyfriend of five years, and made redundant from his job in the space of one week, he decides to make some changes. Tired of being boring and hiding being his computer, he throws caution to the winds and buys a plane ticket to Peru.

The adventure in Peru starts out well, but then disaster strikes when the bus he is travelling on is held up by thieves. Rhys loses everything, including his passport, wallet, and phone.

Stranded in Cuzco, not too far from the famous Inca city of Machu Picchu, Rhys tries to find someone to help him. Just when he begins to lose hope, sexy Brazilian, Rafael, comes to his rescue, and his desperation situation takes a turn for the better.

After yet another failed date, Keith Brambles' luck turns from bad to worse, as he tries to drive home in heavy snow and crashes his car. With no phone signal, no warm clothes, and the weather worsening, he fears freezing to death overnight.

But help is at hand in the form of a knight in a white van. Mike Talbot stops to help Keith, and takes him home to warm up—in more ways than one, when the pair's mutual attraction kicks in.

Mike is everything Keith has ever dreamed of when he thinks of his ideal man. But can Mike really be Keith's dream come true, or is their night together just another bit of fun?

When author Philip Johnson loses his much-loved dog, Prince, he buries himself in the fantasy world of his latest novel. But as his heartbreak gradually lessens and he focuses more on the happy times he had with Prince, he realises the hole left in his life needs to be filled with a new puppy.

After responding to an advertisement for a young dog, Philip is surprised to find the owner is none other than Edward Manby, the very good-looking vet who took care of Prince in his last hours. Philip is delighted to discover his attraction to Edward is returned and despite the twenty-year age gap between them, their love for their pets brings them together and leads to romance.
more
Amazon Other stores
Bookmark  Rate:

'The Short Stories Collection' is tagged as:

Buy 'The Short Stories Collection' from the following stores: