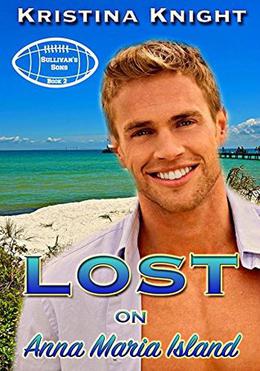 Florida Warriors star defensive end, Colby Sullivan, is the best in the business, but since his parents dropped the news that he not only had a biological sister but a biological twin sister, he’s been on his heels. He feels like he’s in the middle of a cover defense with no one backing him on the strong side. Colby knows, as the eldest, it is his job to keep the family going, but he can’t figure out what all this means to him with the daily interruptions from either his well-meaning parents or his rallying brothers. A flirtation with the girl next door is the perfect distraction, but all too soon she’s way past his defenses and heading for a touchdown that his heart just isn’t ready for.

Between her baby sister’s wedding and her job rehabbing Colby’s image, Madalyn Hunter is holding on by a thread. Mad understands football, cover defenses, and option offenses, but dealing with sneaky paparazzi, her sister’s obsession with the perfect wedding, and Colby’s not-friend-like kisses has her ready to throw a Hail Mary. The more time she spends with Colby, the harder it is to resist the gorgeous man who has always been her best friend. It’s fourth and goal with love on the line, but can Madalyn teach this star defender that the best way to protect his heart is to give it to her?
more
Amazon Other stores
Bookmark  Rate:

'Lost on Anna Maria Island' is tagged as:

All books by Kristina Knight  ❯

Buy 'Lost on Anna Maria Island' from the following stores: