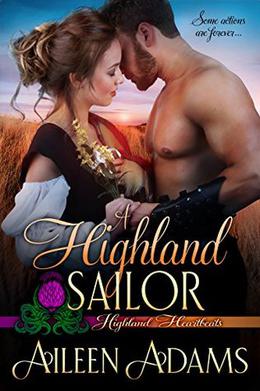 Some actions are forever…

Gruff and straight-forward, Broc McFadden has always had one passion. To be on the sea. And then he meets the sister-in-law of his former captain Derek.
He wouldn’t have met her if he hadn’t agreed to help Derek by traveling to a land where he was wanted, which puts him in the clutches of a mortal enemy.

Fierce and loyal, Beatrice cannot sit idly by and watch the Highlander man who’s captured her heart punished unjustly. And yet, she’s betrothed to the Lord Randall a man whose handsomeness rivals his cruelty.
more
Amazon Other stores
Bookmark  Rate:

'A Highland Sailor' is tagged as:

Similar books to 'A Highland Sailor'

All books by Aileen Adams  ❯

Buy 'A Highland Sailor' from the following stores: