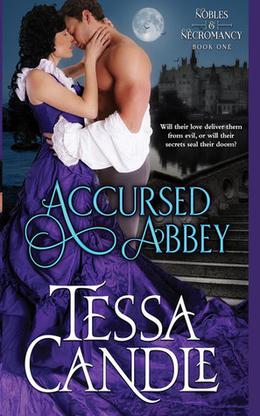 Nature-loving Elizabeth Whitely is thrust from her sheltered country life in England when the suspicious death of her parents leaves her at the mercy of her father’s mad last testament. She is sent far away to live with her aunt and uncle. In her travels, she befriends a beautiful orphan, Lenore, who is destined for the same tiny village. Then the handsome Viscount Canterbourne rescues Elizabeth from ruffians, and his dark story captivates her imagination, even as his heroics and kindness captivate her heart.

But when she encounters the necromantic nightmare of Lord Orefados and realizes the mage has imprisoned Lenore in the remains of an ancient abbey, Elizabeth hurtles into a maelstrom of peril and dark sorcery. Can she save herself and her new friend from the magician’s madness, or will she be drawn into his strange rites? Will her love be Lord Canterbourne’s boon, or will Elizabeth become the chain that binds him to Orefados forever?

Lord Canterbourne is full of pain and questions at the loss of his estranged father. He hopes his father’s testamentary letter will explain why he abandoned him, but instead it sends him on a fool’s errand to deliver a box (which he must never open) to a man he has only ever seen once: shadowy, eccentric Lord Orefados.

Along the way he meets Elizabeth, with whom he shares an instant connection. Who else can understand his heart but a woman who has also been at the whim of paternal madness, a woman who also bears the stigma of a father’s bizarre behaviour? Canterbourne knows that they are destined for one another, fated to meet in this strange place.

But when he discovers his dark family history and a secret wrong against Elizabeth’s parents, Canterbourne fears he can never tell her the truth. Yet, if he doesn’t, he could lose her to the ensorcellments of Orefados, whose obsession with an outlandish ritual is reaching a fever pitch.

Will seducing Elizabeth be the only way to cut her off from Orefados’ spell? Will their love deliver them from evil, or will their secrets seal their doom?
more
Amazon Other stores
Bookmark  Rate:

'Accursed Abbey: A Steamy Regency Gothic Romance' is tagged as:

All books by Tessa Candle  ❯