Integrity (To Be Sinclair #12) 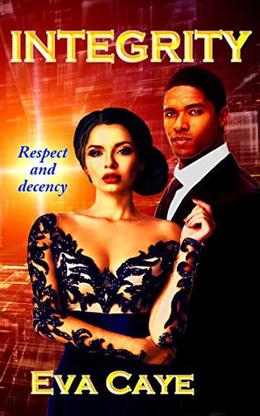 These three novellas in the To Be Sinclair series cover the safety of the Imperial Family's stargate scientists, the extent to which they owe obedience to their Emperor, and the influence the Imperials hold over the Royals.

Fearless: Prince Ricky has had few relationships due to his depression, but amazingly, he finds a lady who understands how to deal with it. Unfortunately, does his acceptance of death define his relationship with his mother, the director of the Stargate Institute?

Deliver Us from Evil: Prince Roman and Prince David are taken to task for their inability to commit to a lady. As stargate professionals, though, they must be extra careful in starting relationships. How do Roman and his cousin David come to an acceptance of their duties, and what happens when the Emperor provokes them beyond all reason?

Evolve with Resolve: Princess Kayla Pierson-Sinclair longs for a lover, as well as a future beyond her currently dull but important position as the Emperor's social director. Just before the wedding of her long-time friend, Lady Elisha Wooldridge, Kayla meets Elisha's brother, Lord Graham, whose autism has been given as the excuse for him to be cut out of the Wooldridge succession. Kayla comes to the realization that Graham's been more misunderstood than anything, and just one highly romantic kiss from him is enough to make her long for him in her bed!

As they try to get together, Graham's family tries to keep them apart, worried that Kayla is just toying with him. And, as she grows to understand their family dynamic, Kayla gets just that much more determined to emancipate him from the Wooldridge family entirely.

Graham's issues lie deeper than the perceptual problems of autism, however. Will Kayla ever discover the cause of Graham's PTSD? And will their families accept their desire to be together?

'Integrity' is tagged as:

The 'To Be Sinclair' series

Civility
Civility
(To Be Sinclair #13)

Integrity
Integrity
(To Be Sinclair #12)

Fidelity
Fidelity
(To Be Sinclair #10)

Ability
Ability
(To Be Sinclair #9)

All books by Eva Caye  ❯

Buy 'Integrity' from the following stores: