She Love the Savage in Me 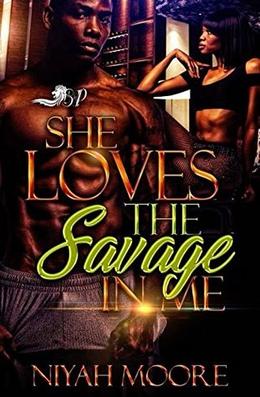 The ladies love Sav, but is he capable of loving anyone? Brutal and ferocious, he’s focused on one thing, the bag. While living in a brand-new city, settling down isn’t something he wants to do so fast. His boy’s wife, Toshi, wants to see him with someone he can build his empire with because she feels he needs to settle down, but her matchmaker skills aren’t all that good.
Nique is fed up with getting cheated on, and the thought of turning thirty soon has her ready to give up. Fresh out of a “situationship” with a married man, she wants to take a break to get herself together, but that all changes when she meets Sav. Captivated by one another, their attraction seems to be purely physical, but she soon discovers there’s so much more to Sav than meets the eye. Once he reveals just why the streets call him Savage, will she be able to tame him?
Zo and Toshi are adjusting to their new life in California, but Toshi becomes too homesick. Zo is willing to do whatever it takes to make her happy again, but she doesn’t seem satisfied until she’s back in Jersey. Saving his marriage is important, and he will do anything for her, but with his medical marijuana business booming, going back to New Jersey will mess up everything he worked so hard to attain. Will she adjust, or will she let her feelings ruin what seems to be the perfect marriage?
more
Amazon Other stores
Bookmark  Rate:

Similar books to 'She Love the Savage in Me'

More books like 'She Love the Savage in Me'   ❯

Buy 'She Love the Savage in Me' from the following stores: