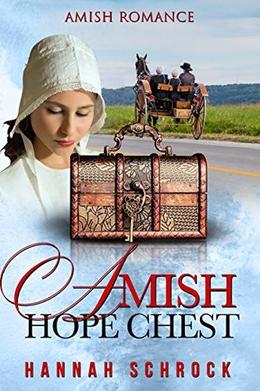 Emmie Stoltzfus had been born and orphaned whilst in an Englisch hospital.

Emmie was immediately adopted by the Yoders, a childless couple from a neighboring Ordnung, and they were to be the only familye she ever knew. Until she saw the handsome John Hertzler in his woodwork store in town, and had her very first inclination to consider starting her own familye with this mann.

John Hertzler had recently lost his daed, and now oversaw both the large familye farm and his own woodwork store while caring for his widowed mamm. He knew that it was time for him to find a wife, but none of the Amish girls he knew were appealing to his staunch outlook. Could he have found his intended wife when Levi and Ellen Yoder brought their adopted dochder Emmie into his store for an order. His mamm thought not, and John labored under her directive for many months, watching as Emmie was affected by his sudden and unmitigated change in behavior towards her.

Now that Emmie had shown interest in this one mann, could she go on to have her own familye one day regardless of his sudden avoidance? Would John disobey his mamm's wishes and seek Emmie out as a wife? Could John and Emmie ever live together as husband and wife, if John were to dishonor his mother by entering into a relationship with an orphaned girl with no familial history? With only the Hope Chest and its meager contents as a link to her birth family, can Emmie forge her own life now that she is an adult herself?
more
Amazon Other stores
Bookmark  Rate:

'The Amish Hope Chest (Amish Romance)' is tagged as: