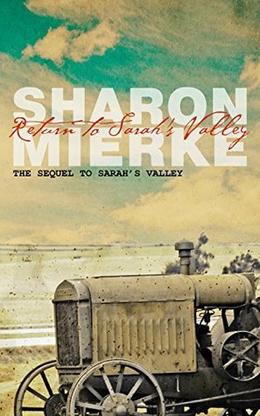 Return to Sarah's Valley is a follow-up story to Sarah's Valley, which was published in 2012 by the same author, Sharon Mierke.
In Sarah's Valley, Patrick Smithson meets Frank Lawdry. Frank, who prefers his Abenaki name, Winnipesaukee, spends the night recalling his life story. He and his sister, Sarah, were left orphans when everyone on a wagon train died in a horrific tragedy. It was their story of survival.
Return to Sarah's Valley continues where Sarah's Valley leaves off. Now an old man in his nineties, Patrick meets Michael Lawdry, one of Winnipesaukee's descendants, and tells him how two Lawdry men influenced his life. This is a story of life during the Great Depression, struggles and heartache, but also the deep love that a man has for one woman.
more
Amazon Other stores
Bookmark  Rate: