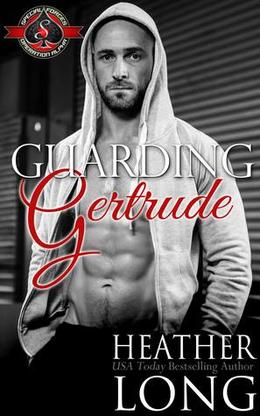 Force Protection on the Move

Jesse “Flint” McCoy spent the year since he left the SEAL teams building a security business with his former teammate and best friend Cannon. They’re a private operation, and they don’t advertise. Though they prefer overseas missions, they take the occasional domestic assignment—such as when an old friend calls because he’s worried his sister might be in over her head…what’s a good buddy to do?

If it bleeds, it leads.

Digging into a piece on stolen valor, the last thing news producer Gertrude Wagner expected was to become the story. What began with a suspicious social media profile and a stray bullet sends her running for cover and right into the arms of her brother’s best friend—the sailor who broke her heart.

Guarding Gertrude is more than a favor for Flint, it’s his duty and honor.
more
Amazon Other stores
Bookmark  Rate:

'Guarding Gertrude' is tagged as:

All books by Heather Long  ❯