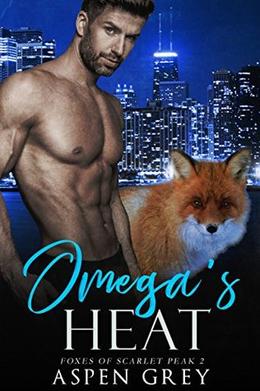 Separated by distance, but brought together by fate…

Cole has it all. The looks, the bod, and the prestige of being partner in one of the top law firms in Los Angeles. The one thing he doesn’t have? A mate. But with an endless stream of omega’s throwing themselves at his feet – who needs one? Cole

Keiran has nothing. No friends. No family. No future. He’s been working at a brothel since he ran away from home, doing whatever it takes – whoever it takes, to survive. But one night, after a particularly horrible customer, Keiran decides he’s fed up, quits his “job” and buys a one-way ticket for Los Angeles.

Cole has something in mind for the sweet omega, and it’s more than just a one-night stand. But Keiran has built up a lifetime of defenses, and he’s cautious. Will Cole be able to prove himself to his wounded love and win the heart of his fated mate?

'Omega's Heat: An M/M Shifter MPreg Romance' is tagged as:

The 'Foxes of Scarlet Peak' series

All books by Aspen Grey  ❯