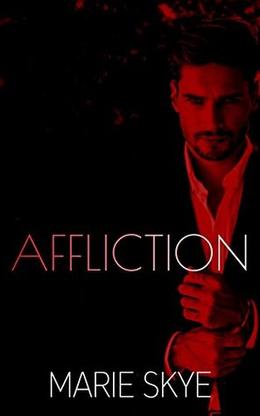 Revenge...Revenge was Killian Kingston's only intention in life. At a young age, he watched his entire family die slowly and painfully at the hands of the Clyper family. The Clyper’s were notorious well-known physicians. People traveled all over the world to be seen by a Clyper. Some never came back, yet no one talked about those people. No one talked about the experimentations the Clyper’s illegally did.

Now, as a prominent doctor, Killian enjoys inflicting pain on his enemies, with no plans to stop until they're all destroyed no matter what. Things begin to change when Alegra a medical student enters his life. She's bright. She's resilient. She's a fucking Clyper.A Clyper that was dismissed the day she was born. Although that makes her innocent...she's still a Clyper.

*Affliction was previously released in the anthology Fourteen Shades of F*cked Up: An Anthology

**For those new to me, I don't believe in putting trigger warnings, I prefer for you to walk in going 'oh shit! WTF Marie Seriously?!' <-- That was your trigger warning.
more
Amazon Other stores
Bookmark  Rate:

'Affliction' is tagged as:

Buy 'Affliction' from the following stores: