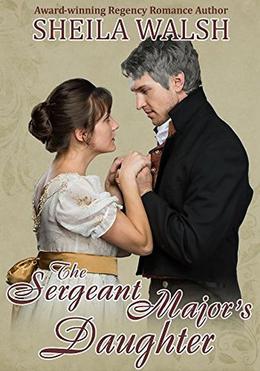 After spending her early years as an army daughter, Felicity Vale is orphaned at Waterloo. Returning to England, and with no private means, she takes charge of the young son of her cousin, Amaryllis.

The family live at Cheynings, the imposing country home of Amaryllis's brother-in-law, the Earl of Stayne . At first the Earl seems unimpressed by Felicity, and sparks fly between the equally headstrong pair. But his opinion soon shifts as he sees the new life Felicity breathes into the village school, which she reopens as its schoolmistress.

When Felicity crosses swords with the wicked Captain Hardman, she creates a vindictive and sadistic adversary. His desire for revenge threatens the future of the school and its pupils, and Felicity's very life.

Will Felicity and the Earl's pride and stubbornness prevent them from voicing their true feelings, and thwarting Hardman's deadly plans?

Another witty, lively and fast-paced Regency Romance from the award-winning author of The Golden Songbird . Perfect for fans of Georgette Heyer.
more
Amazon Other stores
Bookmark  Rate:

'The Sergeant Major's Daughter' is tagged as:

Buy 'The Sergeant Major's Daughter' from the following stores: