Bound to the Omega (Luna Brothers #4) 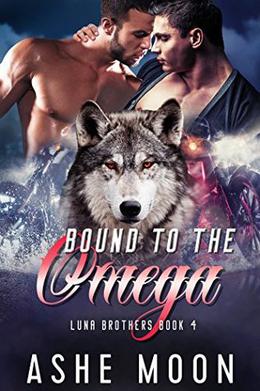 Alpha Arthur Luna has sworn off all men.

Thirteen years ago, his best friend was forced to be married off to another alpha, even though the two of them were in love. Determined not to have his heart broken again, Arthur has no plans to settle down... Until he discovers that Perry is back in town.

Perry Houndfang curses his arranged marriage. Thirteen years ago, he didn't just leave Wolfheart behind—he left the love of his life. With a cheating, scornful husband on his tail, and a three-year-old daughter to protect, Perry's back in Wolfheart to seek refuge... But he wasn’t expecting to run into Arthur again.

As they rediscover each other, it becomes obvious that fate had meant for them to be together. But Perry is still bound to another. To reclaim his love, Arthur must defeat Perry’s husband in a motorcycle challenge; a death-defying race between two wolf alphas: winner takes all.

Bound to the Omega is a “second chance” story full of steamy romance, page turning action, and MPreg themes set in an exciting and vibrant new shifter world. It is the fourth and final book in the Luna Brothers Series, but is written so that it can be enjoyed on its own.
more
Amazon Other stores
Bookmark  Rate:

Similar books to 'Bound to the Omega'

All books by Ashe Moon  ❯

Buy 'Bound to the Omega' from the following stores: