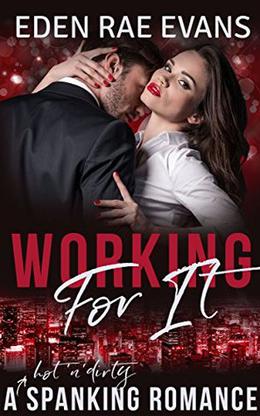 Obey his orders without question.

When a temp agency sends twenty-two-year-old Ellie Sweet to fill in at Marquee Investments, it couldn’t have come at a better time. She's broke, out of options, and desperate for a break. And even if working for the sexy CEO is a little intimidating, she’s determined to do whatever it takes to keep the job.

Ellie’s not always good at following rules, and Aiden doesn’t give second chances, but if she can manage to do as she’s told, they just might find exactly what they both really need…

Working For It is a short, steamy romance of approximately 24,000 words that contains themes of domination and submission, a whole lot of spanking, the kind of hard discipline Ellie comes to crave, a very naughty limo ride, and a happily ever after ending. This story was previously released in 2016 under the title “Temp.”
more
Amazon Other stores
Bookmark  Rate:

Similar books to 'Working For It'

Buy 'Working For It' from the following stores: