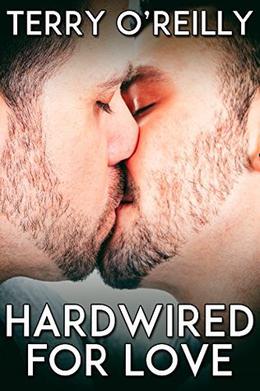 Three times burned, Br’er Harris swears off efforts to find love. He still has needs, though, which he satisfies by becoming a paid escort.

Widower Ray Cunningham wants to explore the feelings of attraction to men he’s had most of his life but has kept hidden for fear of rejection from his ultra-conservative family. Ray doesn’t want a relationship with a man; he just wants to satisfy his urges with no-strings hook-ups. And the easiest way to achieve this is to hire an escort.

Ray’s first encounter is with Br’er, and they’re instantly and powerfully drawn to each other. The attraction is so powerful and disturbing, each privately vows to never see the other again.

However, their feelings will not be denied. Br’er accepts a second meeting, which leads to a third, then a fourth. Despite his previous history with relationships, Br’er knows Ray is the one for him. Unfortunately, Ray’s fear of being outed to his family keeps him from being able to offer more than clandestine meetings in out of town hotel rooms. Br’er says it’s enough, but Ray knows he deserves better.

Ray is faced with a decision. Can he let Br’er go to find the love he deserves, or will he be able to throw open the closet door and live openly with the man he’s hardwired to love?
more
Amazon Other stores
Bookmark  Rate:

'Hardwired for Love' is tagged as:

Similar books to 'Hardwired for Love'

Buy 'Hardwired for Love' from the following stores: