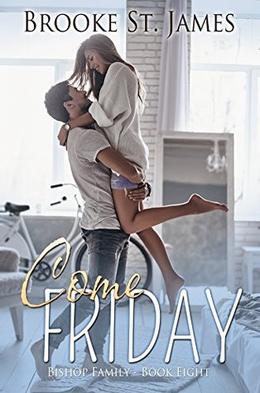 Wes Bishop had a real sense of adventure. He left Memphis and moved to London as soon as he graduated high school. It had been nearly seven years since then, and even though Wes missed his family, he was doing really well in England. He had a budding career as a musician and had met the girl of his dreams. He really thought he had everything figured out. Then he met Jolene Wright.

The two of them quickly formed a bond as friends. Wes was committed to his current girlfriend, but he realized he was beginning to learn a lot about himself from Jolene. She somehow made him feel closer to home—closer to everything he left behind all those years ago. When he was with her, everything felt natural. That’s when Wes realized that the girl of his dreams might just be a different girl.
more
Amazon Other stores
Bookmark  Rate:

'Come Friday' is tagged as: