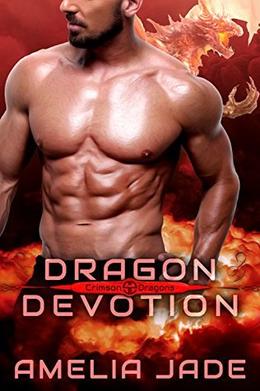 Harlow Quinn Ryder only ever wanted to bring joy to kids. That’s why she spent her inheritance on a parade float company, hoping to recreate the magic for others she once felt as a child. An unfortunate accident with a giant hunky stranger may have just put her out of business though, ending her dream forever.

When newly awakened dragon shifter Vanek is told he has two weeks left to prove the worth of all dragons, time starts ticking. He needs to get out there, find his mate, and kill an Outsider. No easy task. Until he steps foot out of his building and right into the path of his mate. Literally.

One ruined float, cancelled contract, and makeup dinner date later, Vanek knows he’s found the one. But she’s used to the nomad life, and it’s more than just the call of the unknown that keeps her on the move. Can the fire-breathing dragon convince her to give love one final chance before the countdown expires, or will he be ripped away from her forever?

'Dragon Devotion' is tagged as: