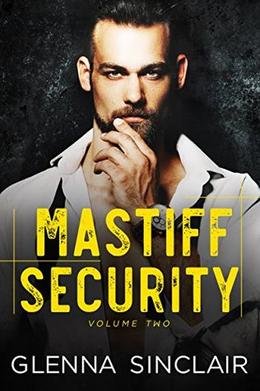 Book One
Andres Maldonado's first case requires him to infiltrate one of Los Angeles’ most dangerous street gangs. The assignment forces Andres to live two lives: one as a street thug trying to prove himself to his brothers in the Varrio Nuevo Estrada gang, and the other as a single father raising a nearly two-year-old daughter with the beautiful nanny that has become something of an obsession for him. Her family hates him, and everyone is convinced he’ll get her hurt, including himself. When she’s kidnapped, it seems everyone’s predictions have come true. Can he save her before he completely loses himself?

Book Two
His arm in traction and his life in ruins, he found comfort in only one thing: an old iPod with a Kat Carlisle album downloaded on it. Two years later, Jason Stine is working for Mastiff on a case in which a movie star, Colt Murphy, has become convinced that someone is out to kill him. His first day on the set, Jason discovers that Kat Carlisle is the love interest on the movie. Not only that, but the accidents that were supposedly meant for Colt actually come closer to taking Kat out. Can he save the woman who saved him without losing himself in her completely?

Book Three
Stevie had something to prove. All her life people had pigeon holed her because of her deafness, but she wasn’t going to allow that anymore. She was a damn good security operative and she was going to prove that to her bosses at Mastiff Security if it killed her. The case seemed simple enough: find the person who was stealing confidential client information from a law firm. When all the clues pointed to one associate, she jumped at the chance to take a temporary position as his secretary. That was, of course, until she realized he was her ex-husband—well, should have been ex if he’d ever filed the papers! Was this a second chance at love, or the ruination of her career?

Book Four
A recovering addict, Zeke struggles daily to stay sober. His job at Mastiff Security helps, giving him something to do with all the free time he suddenly had on his hands when he was fired from his job as an undercover narcotics officer. But he never anticipated meeting a woman like Finley Calloway, a firecracker determined to force him to fail at his job for the first time in his career. It was a simple task. He was supposed to find her and take her back to the mental hospital from which she’d escaped. And he did find her, in record time. But getting her back to the hospital is proving to be a struggle.

Book Five
Orion Jamieson was supposed to protect her, but Caterina Marceau was injured under his care and what happened afterward…it was too dark to think about. When his boss at Mastiff offered him a case in which he was to steal a picture from a paparazzi to protect a client’s privacy, he jumps at the chance. But life is never completely black and white. Sometimes there are gray lines that can be a fertile playground. Can Orion swallow his anger long enough to help a young photographer in trouble? Or is his past just too much to overcome?

Book Six
Wren Ryland, the head of the Los Angeles offices of Mastiff Security, has been searching for her mother’s killer all her life. She became a cop with that goal in mind. And now, Mastiff has opened doors she didn’t think she would ever walk through. And then she found FBI Agent Cormac Delaney, who quickly became her partner in the investigation. But then she was kidnapped and she doesn't know who she can trust.
more
Amazon Other stores
Bookmark  Rate:

'Mastiff Security 2: The Complete 6 Books Series' is tagged as: