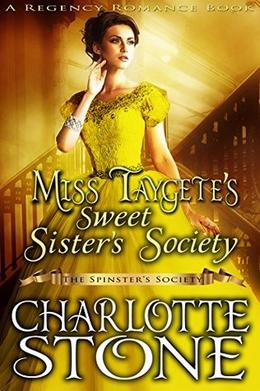 Since the moment Taygete Bellenger met the Earl of Edvoy, she knew there would never be another for her...

But when he married her eldest sister instead, he broke her heart.  . Now...

She has devoted her life to helping the soldiers fresh from the war in France,
1- deciding to never marry,
2- to never confess her love to Hugh,
3- and to take an even darker secret to her grave.  . Hugh Vance married the wrong woman, yet even after the passing of his wife, he knows there is little he can do to fix his mistakes.
But when opportunity shows itself in the form of escorting the younger Bellenger girls during their first season in London, Hugh finds himself drawn to the one woman who's always held his heart.

Taygete Bellenger.  . But their match is forbidden by English courts, and Taygete has yet to reveal the wrong she committed years ago.

With little hope, it seems two will have to make a decision.
Forever apart or together under the shame of Society.  . Is love truly worth great sacrifice in the end?