Every Thug Needs A Good Girl 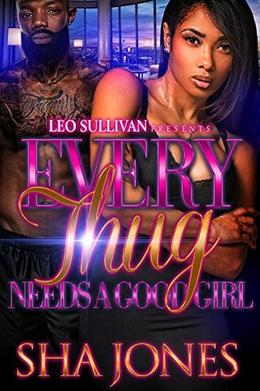 Suffering at the hands of her severely abusive mother, Ariel can’t seem to catch a break. As a young teen girl, she’s exposed to violence, neglect, and devastation that leads to a lack of hope and insecurity.

Although she’s going through a lot at home, her best friend, Mac, is always there to lend his shoulder to cry on. Even as a young teen himself, he looks after Ariel like a father figure and carries that responsibility to her into his adult life.

Mac is all grown up and living the thug life, while Ariel tries to remain a good girl and pick up the broken pieces of her childhood. Ariel and Mac are just friends, but Mac’s new girlfriend Juicy doesn’t seem to think so.

Juicy is convinced that Mac is in love with his best friend, and she’s not having any of it. Her jealousy runs deep to the point that it drives Mac crazy.

As the problems between Mac and Juicy get deeper, he confides in Ariel, which only leads to more problems. Ariel and Mac both come to the realization that they share something in common for each other; their feelings. Not only do they share the same feelings but they share a deep, dark secret that could potentially ruin both of their lives if it got out.

Unfortunately, Juicy knows this secret and is willing to expose it in order to keep Ariel as far away from her man as possible.

Ariel isn’t such a good girl after all, and for the very first time in her life, Mac might not be able to save her.

Similar books to 'Every Thug Needs A Good Girl'

More books like 'Every Thug Needs A Good Girl'   ❯

Buy 'Every Thug Needs A Good Girl' from the following stores: