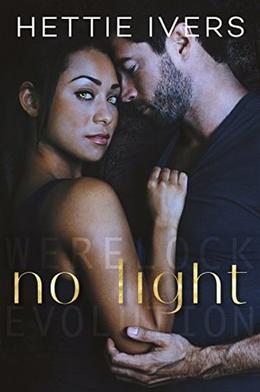 Being a single mom is tough. It’s even tougher when there’s a nasty prophecy floating around about your kid being a purported abomination fated to destroy the human race.

With the supernatural world on the hunt for her only child, Avery sees no alternative but to adopt an offensive, preemptive approach: Hunt the hunters and take them out first.

Centuries old and still living his life on the edge like the formidable werelock and self-assured player he’s always been, Alcaeus long ago dismissed the notion he’d ever find his true mate.

He never expected to fall for the mother of the well-prophesied Rogue werelock he's been hunting.

With the fate of humankind hanging in the balance and the supernatural war of the century underway, cultures and parenting styles will clash.

Loyalties will be tested. Long-held ties will sever; packs will divide.

And a cocky playboy will need to dig deeper than the easy charm that carried him through four centuries to prove that sometimes an absence of light is only the void between beings who are destined to collide.

CONTENT: HEA with NO cheating. This book contains violence, foul language, adult content, and a lot of over-the-top werelock characters. If such material offends you, please do not read.
more
Amazon Other stores
Bookmark  Rate:

'No Light: A Werelock Evolution Series Standalone Novel' is tagged as:

All books by Hettie Ivers  ❯

Buy 'No Light: A Werelock Evolution Series Standalone Novel' from the following stores: