For You Lil' Baby I'll Ride 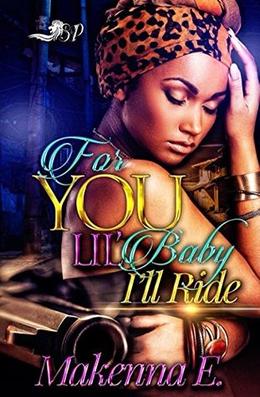 Handsome, educated, and sauced up with all the street wealth, there’s nothing that Azarah want’s that he can’t have. From the nights spent on the block, to the days spent in the cell, he’s done it all. For as long as he’d been able to spit game, women were the one thing that had always come easy to him, until he met Kaseema.
Kaseema, a young beautiful soul that dotes more on Azarah than he does himself, is the one woman that stands out from the rest. Passionate, and full of love for him, Kaseema would seem to be the easiest female on the market, but due to her having a boyfriend and Azarah refusing to cross their friendly boundaries, a deeper relationship seems impossible. But, impossible is nothing to a man, that has thrived off a life filled with feminine challenges.
Who needs to settle down when you have all the women? With more women than he knows what to do with, Demenico spends all his free time conquering as many as he can. One woman after the next, Demenico runs through them without a second thought. However, life for this womanizing bachelor quickly switches up when the gorgeous young dancer, Jayna shows up.
Having never been in love, nor taken a woman serious, Demenico doesn’t know what to do with himself, and all of the new feelings that are surfacing for Jayna. With no reservations, Demenico pursues her wholeheartedly, only stopping to realize, he’s finally met his match.
more
Amazon Other stores
Bookmark  Rate:

Similar books to 'For You Lil' Baby I'll Ride'

Buy 'For You Lil' Baby I'll Ride' from the following stores: