A Hitta Aiming For My Heart : A North Carolina Love Story 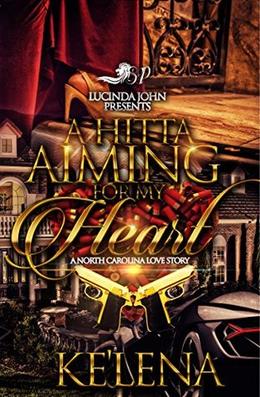 Meet Yameema "Mema" Stanford a nineteen-year-old straight-A student who had her whole future planned out. She grew up in a single parent home and wanted nothing more than to leave the hood behind her. Although Mema was a very bright, shy young girl who was overlooked by everyone, including her mother, she held more confidence than most young girls her age. She didn't have the video vixen body that held everyone's attention, nor did she club like normal college students. However, one sunny summer day all that changed when a hitta aimed for her heart and her soul was snatched by....Naeem!
Katoya "Toy" Leslie is a twenty-one-year-old Junior attending North Carolina Central University who seems to be well put together. However, that's only on the outside looking in. No one knows the struggle she deals with on a daily basis with her past demons still haunting her. Toy is a straight-A student by day and every man's fantasy by night. She wanted nothing more out of life than to find herself and her one true love in the same lifetime. One hot summer night, her prayers were answered. But nobody said it would come easy! Will Toy survive the emotional rollercoaster that nearly destroys her, or will she bow out gracefully?
more
Amazon Other stores
Bookmark  Rate:

Similar books to 'A Hitta Aiming For My Heart : A North Carolina Love Story'

More books like 'A Hitta Aiming For My Heart : A North Carolina Love Story'   ❯

Buy 'A Hitta Aiming For My Heart : A North Carolina Love Story' from the following stores: