Battle Between Love and a Thug 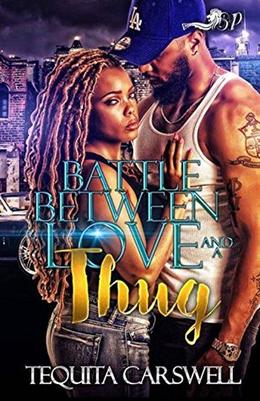 Kiya Miller is a 17, year old high school senior. She lived with her family in Atlanta, Ga in the hood but it was a good neighborhood. Her perfect life changed the day that her father was murdered. After her father’s death, her mother started beating on her and mistreating her because she always blamed Kiya for her husband’s death. Her older sister, Noelle, did everything she could to make Kiya’s life a living hell. She never could stand her little sister she was always a daddy’s girl and he always spoiled Kiya and treated her like a princess. Noelle has a plan to finally get rid of her sister for good, but will she only put her own life in danger trying to end Kiya’s?
Patrick ‘ Price’ Jackson was a prince. Not from royalty, but by his father being the biggest kingpin in Atlanta and all surrounding cities. Price got all the ladies and he wasn’t trying to settle down anytime soon. He is next in line to take over his father’s drug empire the legacy that his father has built. He sees Kiya at a friend’s party one night and knew that she would be his, but he never planned to fall in love with her. Not with his stalker, Nicole out running off every female who tries to get close to him. Nicole Butler is just another female that Price used for sex, but in her head, he belongs to her. She does everything that she can to make sure that no other female is getting Price’s attention, especially not Kiya. Nicole does some dirty underhanded things that she hopes will win Price over, but it may push him further away and into the arms of Kiya. Her next move is murder, but who is her victim?
more
Amazon Other stores
Bookmark  Rate:

Similar books to 'Battle Between Love and a Thug'

More books like 'Battle Between Love and a Thug'   ❯

Buy 'Battle Between Love and a Thug' from the following stores: