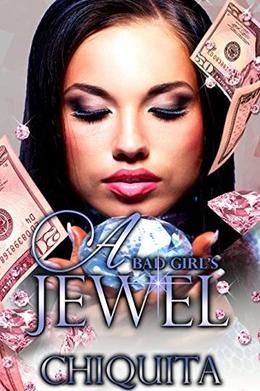 Growing up, Denvir Jones had always felt like the world was against her. After being kicked out of her mother’s home, the scared seventeen year old is tossed out on the streets, left to fend for herself and her unborn child. Refusing to become a statistic, Denvir chooses to pick up the pieces of her life, determined to make a way for herself, by any means necessary. With flawless looks and a hardened heart, she quickly adapts to a bad girl persona, making it hard for anyone to get close to her.

Julian “Jewel” Young had pretty much seen and done it all in his short twenty-six years. As a proud Blood gang affiliate, Jewel was no stranger to the fast life, which included girls, money,drugs, and murder. However, these days, he’s trying to live his life right by becoming a legend in the rap game. Nothing in the world mattered more to Jewel than music and money, that is until he meets Denvir.

A trip to Texas and one chance encounter changes the hearts and minds of both Jewel and Denvir, setting off a chain of events that no one saw coming. Denvir is in desperate need of love and affection, but is afraid to admit it. While Jewel, who is tired of using his money to fill a void, just wants companionship. See what happens when these two fall for one another, creating a bond worth more than gold.

A Bad Girl’s Jewel isn’t an ordinary love tale. It’s real, raw, and uncut like a precious diamond, or in this case, a jewel. Find out if bad girl Denvir can be tamed and recognized as the jewel she’s worth, or will the pressures of life force her to break into a million pieces.
more
Amazon Other stores
Bookmark  Rate:

Buy 'A Bad Girl's Jewel' from the following stores: