The Way to a Killer's Heart 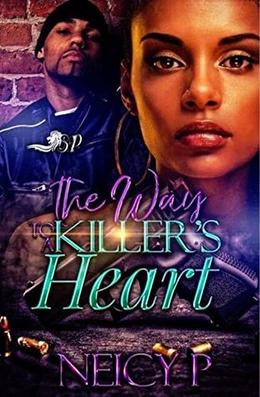 Jason Davis was born and raised to be a trained assassin. His father saw his gift at an early age and sent him to be trained by the Navy Seals. Jason became that and more for his brother Jordan who has taken his father’s place as a member of a clan called the Stand. But the killer that Jason became, is the killer that no one can control. Not even his family.
At the age of twenty-four, Jason was one of the most feared assassins around the country. He has been using his connects to find whoever his older brother Jordan wanted him to kill. He did them without questioning Jordan’s motives. What Jordan didn’t know, was that Jason was becoming inhuman with every kill. He started killing for the pleasure of it. And the woman that used to keep him from going over, was no longer able to do that. Until Joel.
Joel’s sass-talking, soul food cooking, and southern mentality, puts Jason in his place every time. She is not afraid to speak her mind and it has Jason on pause. He begins to feel an emotion that he isn’t used to feeling towards someone that isn’t family. He opens up and thinks that he can be happy for once. He takes a step out of the darkness and into the light. But, Joel’s true test comes when Jason was hit with betrayal.
Jordan Davis is the oldest brother, who craves power. He sees his family above all and when there is a chance for him to put them on top, he uses his brother unique skills and some other assassins called the Elite, to get them there. He has been moving in silence and left his family in the dark. When his plans come out, it puts them in danger and sets Jason off.
Jordan’s greed for power causes a tragic loss which push Jason over into the hell that he has crawled out of. Jason believed that if he was the man that his brother and father wanted him to be, they wouldn’t be in the mess they are in right now. His whole life he has been an assassin for the family and when they need him the most he turned his back on them, for her. Jason tries to redeem his self and go on a killing spree.
The Stand holds a meeting to discuss some of the things that has been happening, but is interrupted by the Elites. No one has survived an attack from any of these assassins. With all three in attendance, including the founder of this group, it looks like it was going to be the end of the Stand, along with the Davis crew.
more
Amazon Other stores
Bookmark  Rate:

Similar books to 'The Way to a Killer's Heart'

More books like 'The Way to a Killer's Heart'   ❯

Buy 'The Way to a Killer's Heart' from the following stores: