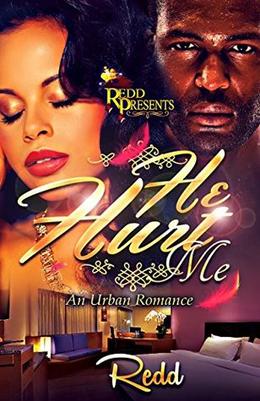 He Hurt Me is a story of love, strength, and courage.
28-year-old Angel Harris has already endured enough heartbreak in her lifetime to last an eternity. Being born to a crack-addicted mother along with her share of dysfunctional relationships with men has finally taken its toll. Will Angel finally find the love and happiness that she’s always yearned for in Andre Stokes? Or will the pain of her past continue to haunt her leaving her a broken woman forever?
Andre Stokes has been a walking dead man for the past five years due to losing his wife and unborn child. No matter how hard he tries he just can’t seem to let go of the torturous loss. That is until he sets eyes on the likes of Angel Harris. Seeing her awakens things in him that he no longer thought existed. Will Andre finally be able to let go of his past and find happiness with Angel? Or will dark hidden secrets, lies, deception, and manipulation be the nasty dish that’s served to keep the two of them apart?
Jaybeon Mitchell aka Jay-Bo has always been a proud player and has never felt compelled to be in a true committed relationship. Only love is unexpected and has no boundaries the moment he sets eyes on Princess Phillips. Meeting her causes a flame to ignite in Jay-Bo that he never could’ve imagined in all his days. Will Jay-Bo finally give up his whorish ways? Or will the love of a good woman finally change his philandering demeanor for good?
Ricky Harris has always been a straight up thug since early childhood. Having to drop out of school to support his mother and sister has always been his priority. So now that he’s grown money is and always will be the motive no matter what the cost. Pretty Ricky is blinded by the almighty dollar sign and worldly things. But when he meets his sister’s gorgeous friend Kandy he quickly begins to reevaluate his lifestyle. When the two meet the chemistry is undeniable. However, getting Kandy proves to be way more than a notion. Will Ricky do whatever it takes to make Kandy his? Or will his uncompromising ways cause him to miss out on the opportunity of a lifetime?
Fasten your seatbelts as I take you on an unforgettable roller coaster ride inside the mind-boggling novel HE HURT ME.

Similar books to 'HE HURT ME'

Buy 'HE HURT ME' from the following stores: