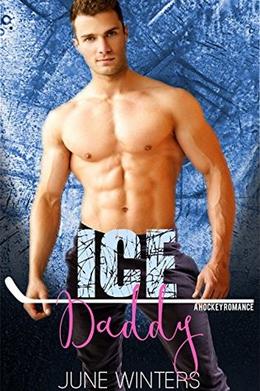 A meaningless hook-up ...
Nashville nursing student Paige McMillan only wanted to get over a cheating ex ... but a few sinful hours with a tall, muscular bad boy left the good girl with a lifetime of responsibility.

Two years later, every day is a struggle for the single mom -- but Paige wouldn't change a thing about her adorable emerald-eyed daughter, Irie. If only she could track down Irie's father ...

When a pro hockey team comes to town, Paige finds a familiar face in the most unlikely place: on the ice. As hard as it is to believe, Irie's father is Lance Couture, famous hockey star for the Boston Brawlers.

But the pro athlete isn't interested in talking about lost time. He'd rather rekindle their steamy one-night affair -- and his lips and tongue are oh so dangerous. Could this time be different? Can the bad boy become a good Daddy?

Rich, chiseled, and insanely good at hockey ...
Love him or hate him, superstar center Lance Couture makes no apologies for being the best. But before the Brawlers brass hand over the keys to the kingdom, they want their future captain to cultivate a family-friendly image.

Easier said than done -- Lance has a nose for trouble, and everywhere he looks, a puck bunny is dying to have his babies. With his pick of Boston's hottest women, why would a young stud ever settle down?

When Lance runs into an old one-night stand, he's more than ready for round two. The Nashville babe with a hint of Tennessee twang is even hotter than he remembered -- and it's obvious that she can't stop thinking about their romp two years ago, either.

But when Lance meets the little one -- and stares into her suspiciously familiar green eyes for the very first time -- his whole life changes. Did he score without even realizing it?
Ice Daddy is a 60,000 word secret baby hockey romance! This standalone novel is the second entry in the Boston Brawlers series. No cheating, no cliffhanger, HEA always guaranteed!
more
Amazon Other stores
Bookmark  Rate:

'Ice Daddy: A Hockey Romance' is tagged as:

Buy 'Ice Daddy: A Hockey Romance' from the following stores: