Memoirs Of A Dirty South Princess 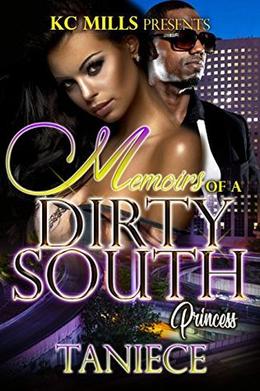 Yuna Fenty was a spoiled brat that thought that the entire world evolved around her since her father was the Plug. After one too many mishaps, her father forces her to get a job. Out of nowhere, Venom accidentally swoops in giving her a dose of the tough love that she needs to help her blossom and shows her just how the people on the other side of the track live. The saddest thing about betrayal is that it never comes from your enemies, it comes from friends and loved ones. For Yuna, everyone in her life was keeping secrets. Soon, everything comes crashing down before her eyes.
Venom never really had a girlfriend just one woman that he dealt with until a chance encounter with the beautiful slick mouth goddess, Yuna. After he met her and was able to put their differences to the side, he slowly found himself craving more from her. He puts up a fight to be with her but is it really worth it in the end?
Dasani had been Yuna's best friend ever since they were in elementary school. There wasn't anything that she wouldn't do for her girl but she was keeping a deep secret from her that could cause a rip in their relationship. Always seeming to come last to everyone, she finally finds someone that's willing to put her first but she'd have to break up a happy home to get her happiness.
Kollision is madly in love with her girlfriend, Andrel who he had been with since they were teenagers. Even though they were in love that still didn't seem to stop him from stepping out on her every so often. When he met Dasani, he found himself longing for her becoming confused on what he really wants. His yearning for her resulted in Andrel being put in harm's way. Now, he's left with a dark battle in his heart as to what he should do.
more
Amazon Other stores
Bookmark  Rate:

Similar books to 'Memoirs Of A Dirty South Princess'

More books like 'Memoirs Of A Dirty South Princess'   ❯

Buy 'Memoirs Of A Dirty South Princess' from the following stores: