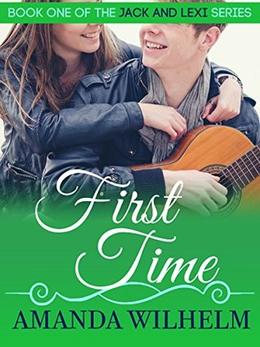 It's 1983 and Lexi has more than gotten over her parent's divorce. Her new stepfather is okay and even her stepbrother isn't that bad. But her mom's remarriage meant Lexi had to leave Brooklyn for, of all places, New Jersey and that was just absolutely unacceptable.
Jack just wanted to write songs and play guitar. His older brother had left for college and, hopefully soon, all the teachers would forget about the super genius and just leave Jack alone. But until that happened at least he had his own room, for the first time ever.
On the first day of school they notice each other immediately. But neither one of them has a clue what to do next.
This is Book One of Jack and Lexi's story. Book Two; Never Enough and Book Three; Come Back to Me can be found on Amanda Wilhelm's Amazon page. All three books and the full compilation are on Kindle Unlimited.
more
Amazon Other stores
Bookmark  Rate: