Makaila's Story: A Framed Lily (The Chronicles of a Windstorm #1) 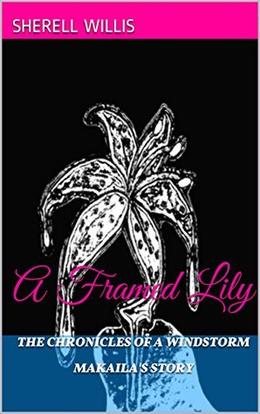 An alternate cover for this ASIN can be found here.

Meet Makaila Windstorm, just like her last name, her life is everything a windstorm delivers. Powerful winds and damaging gusts is just the beginning. Ride into the storm with Makaila as she deals with her very own windstorm in the form of an abusive mother, absentee father, the love of her sister, an overprotective boyfriend, and catastrophic friendships. Will she be able to survive the destruction of her life? Or will she get sucked into the deadly wind force that ushers everything into its stormy path? The people in Makaila’s life are causing destruction and mayhem. One devastating event after another causes her to lose herself and her love ones. Read on as she fights for her life and goes on a search for her happy ending.

************Warning this story has intense sexual scenes and explicit language. It also can be a trigger point for victims of abuse of any kind as it deals with emotional, physical and sexual abuse. But I promise you this story is intended to inspire hope after the rain and sunshine on a cloudy day.
more
Amazon Other stores
Bookmark  Rate:

'Makaila's Story: A Framed Lily' is tagged as:

The 'The Chronicles of a Windstorm' series

All books by Sherell Willis  ❯

Buy 'Makaila's Story: A Framed Lily' from the following stores: