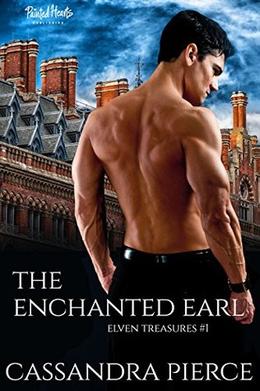 Mark Rampling, an openly gay young Englishman with little interest in history or his own aristocratic background, is less than thrilled when he inherits an earldom from his elderly, childless uncle. Even worse, the estate itself is run-down and nearly bankrupt. It is, however, surrounded by a deep, lush forest.

To distract himself, Mark goes walking in the woods and encounters Dorian Fairchild, a strange but alluring man whose clothing and mannerisms seem more suited to another century. Though the attraction between them is instantaneous and their forest encounters are smoldering hot, Mark soon discovers that Dorian has a secret that may make their love impossible.
more
Amazon Other stores
Bookmark  Rate:

'The Enchanted Earl' is tagged as:

Similar books to 'The Enchanted Earl'

Buy 'The Enchanted Earl' from the following stores: