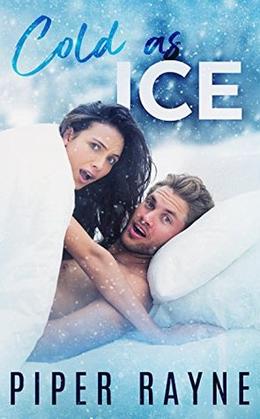 Contains the bonus prequel, Iced Out, for the first week of release!

It may be Winter Games, but the bedroom games are about to begin…

Competing in South Korea on the world stage is hard enough.

Having to spend the entire press tour beforehand with a woman who hates me?
Karma really is a bitch.

While she’s spent the last four years loathing me, I’ve spent them ignoring the guilt that gnaws at my stomach.

All Mia Salter cares about is that I’m her brother’s ex-best friend and it’s her duty to hate me. The funny thing is, I barely noticed her back when she was trying to keep up with us on the slopes. Now, as both of us prepare to go for gold, I’m seeing her in a whole different light—and it involves a whole lotta different positions.

No one said the path to the Olympics would be easy.
more
Amazon Other stores
Bookmark  Rate:

'Cold As Ice' is tagged as:

Similar books to 'Cold As Ice'

All books by Piper Rayne  ❯

Buy 'Cold As Ice' from the following stores: