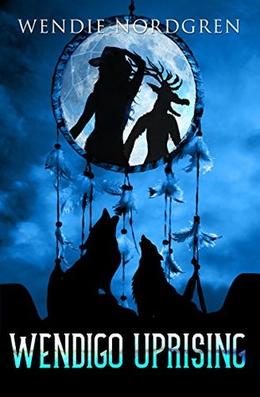 In the post-apocalyptic Republic of Texas, orphaned Rozene York tries to make a life for herself on the surface, but it isn’t going as she had hoped. Desperate for something better, she answers a summons from her deceased grandfather’s executor and travels to Silver Springs only to find that her true inheritance is a secret legacy that has been passed on for generations involving her family land.

As the last of her line, Rozene is the only one who can save the six brothers who are cursed to endure forever and driven to feed on the living. They are Wendigoag, soul eaters, and without Rozene they will lose their centuries long battle against the demon who cursed them.

The Wendigoag are not the only ancient secret left exposed by a civilization left in ruins. When another war begins among the two-natured, Rozene is caught between the deadly territorial battles of werewolves and bear shifters.

However, another battle rages within Rozene’s heart between a sexy cowboy, an infuriating chief, and a cursed one who needs her as much as she needs him.
more
Amazon Other stores
Bookmark  Rate:

'Wendigo Uprising' is tagged as: